Gapminder is a non-profit venture – a modern “museum” on the Internet – promoting sustainable global development and achievement of the United Nations Millennium Development Goals. 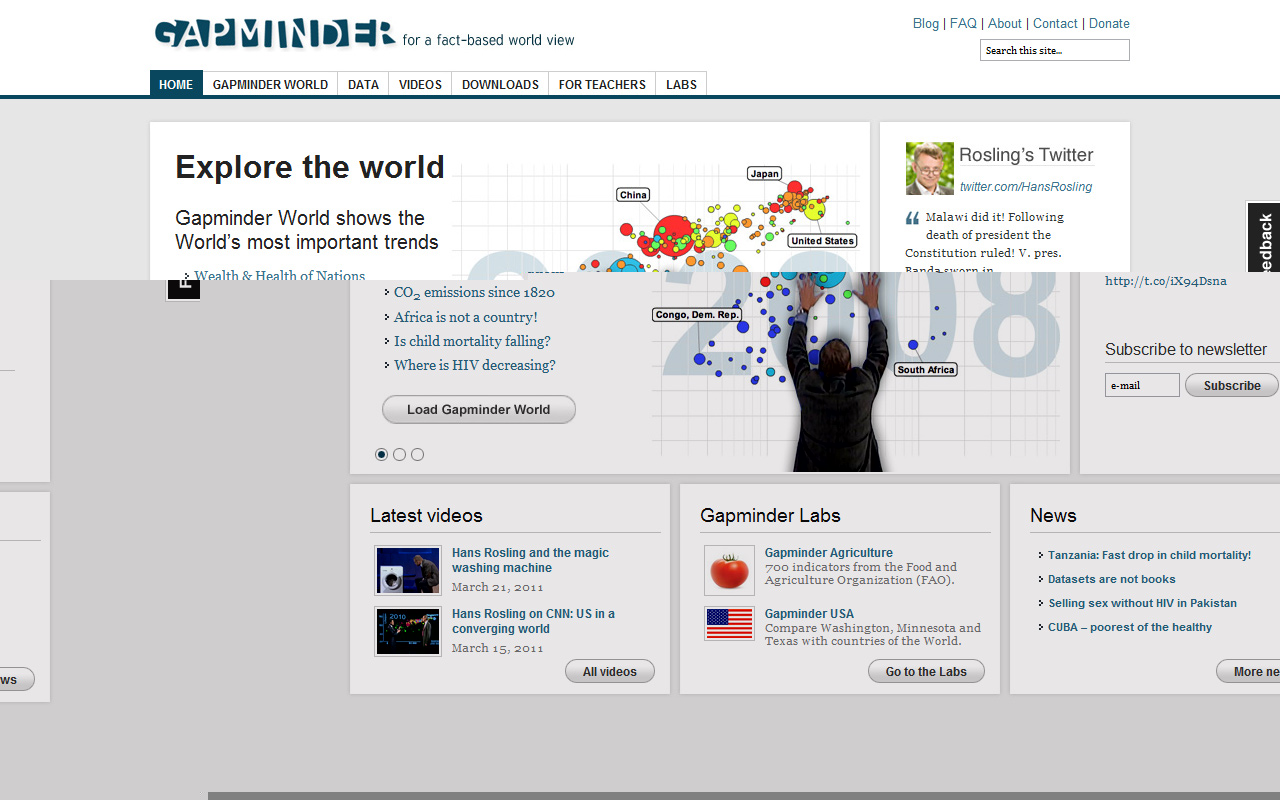 Gapminder was founded in Stockholm by Ola Rosling, Anna Rosling Rönnlund and Hans Rosling on February 25, 2005. Gapminder is registered as a Foundation at Stockholm County Administration Board (Länstyrelsen i Stockholm) with registration number (organisationsnummer) 802424-7721.

Gapminder does not award any grants. It is an operating foundation that provides sevices as defined by the board, sometimes as collaborative projects with universities, UN organisations, public agencies and non-governmental organisations.

The initial activity was to pursue the development of the Trendalyzer software. Trendalyzer sought to unveil the beauty of statistical time series by converting boring numbers into enjoyable, animated and interactive graphics. The current version of Trendalyzer is available since March 2006 as Gapminder World, a web-service displaying time series of development statistics for all countries.

In March 2007, Google acquired Trendalyzer from the Gapminder Foundation and the team of developers who formerly worked for Gapminder joined Google in California in April 2007. (History of Gapminder)

To fulfill our aim, we at Gapminder are currently working on:

All with the intention of being a “fact tank” that promotes a fact based world view.